The most important aspects of documentary voice acting

Documentary voice acting: what to look for
The voice acting of the film requires certain conditions. It is best to record from a studio using special equipment. When dubbing occurs, the text is recorded with the help of a professional narrator, which is superimposed on the video. Voice-overs for documentaries should be handled by specially selecte

The most important aspects of documentary voice acting

Selection of the voice. Documentary cinema is a category of on-screen art that requires the most careful attention, in which the role of the announcer is often the main, if not the only one in the film. Therefore, it is important that the timbre of the announcer’s voice is in the range that is best perceived by the viewer. The speed of speech should be medium, and emotionally the speaker needs to convey the meaning of the text as much as possible.

Sound recording. When dubbing occurs, access to the original audio tracks is required. With the help of specialists, translation is carried out, after which, using certain equipment, sound is recorded and superimposed on the original film. Dubbing is considered to be the best method of voice acting when translating a film.

Sound quality. Many people miss the point that sound plays the same role in documentaries as video. And sometimes much more. You may not see the picture, but, while listening, understand what it is about, and be emotionally present in the film. In 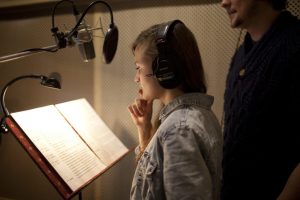 documentary tapes, as a rule, the narration takes up a large part of the semantic load. Voice-overs comment on what is happening and provide facts and figures. Therefore, the quality of sound recording, background music is of such great importance.

Actor’s data of the speaker. A very important point – after all, voice acting occurs not only with the help of simple pronunciation of phrases according to the timecode. The announcer should be prepared, ideally – to get used to the role. The ability of the announcer to emphasize the most dramatic moments with the help of intonation is considered the main skill when dubbing documentary films.

In general, if all of the above requirements are fulfilled, having made a good translation of the video, you can get high-quality documentary films at the output.

How documentaries are dubbed
5 Russian words that surprise foreigners